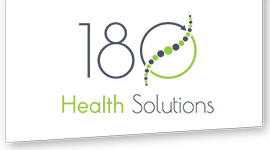 As the founder of 180 Health Solutions, Steve Nagel, DC, is known as one of the most trusted chiropractors and restorative health providers in Mandan, and all of North Dakota. Dr. Nagel is also Morton County’s only Certified Chiropractic Wellness Lifestyle Practitioner through the International Chiropractic Association Council on Wellness Lifestyle Science.

Dr. Steve grew up in Linton, ND where he excelled in academics and sports, graduating salutatorian and was an undefeated state champion wrestler. He attended the University of Mary in Bismarck, North Dakota, and earned his Bachelor of Science in Nursing. After a year and a half of working in an intensive care unit, Dr. Nagel recognized that although the “sick care” system could keep people alive, that it is incapable of giving people LIFE. To restore health, drugs, and surgery are ill-equipped and do not restore the CAUSES of health. It was this experience, along with his own “Chiropractic miracle” that spurred Dr. Nagel to graduate school to pursue his Doctorate in Chiropractic.

It was Dr. Nagel’s experience with Asthma and Allergies that awakened him to an entirely different form of health care. When he began Chiropractic treatment, within 2 months his asthma and allergies were 80% improved. He was able to get off of all of his medication- the inhalers, decongestants, antihistamines, and nasal sprays. No more dangerous side effects of the medication. This led him down a completely different path.

He completed his Doctorate of Chiropractic at the Palmer College of Chiropractic in Davenport, Iowa, where he graduated as a salutatorian. Dr. Nagel went on to practice in Colorado for three years before returning home, closer to family, to North Dakota to work in private practice since 2011.

Dr. Nagel is a Christian, passionate patriot, and health and wellness warrior. He believes God Created us with Intelligent design, in His image, and that you are programmed for health. He is always striving to provide a level of care directed at addressing the CAUSES of dis-ease rather than treating symptoms. He believes that our world needs, more than anything today, passionate people willing to speak the truth, unadulterated and uncensored. He also believes that our “health care system” is dangerously misguided and is incapable of the paradigm, perspective, skills, and resources to create health and wellness.

Dr. Will Woodcock has worked as a chiropractic physician for more than ten years. He is excited to be a treating chiropractor with the 180 Health Solutions team.

After graduating from UND with a bachelor’s degree in nutrition, Dr. Will attended Logan College of Chiropractic in St. Louis, MO. He received his Master’s in Sports Rehabilitation and his Doctorate in Chiropractic.

In my free time, I enjoy my time with my wife & kiddo. We enjoy cooking, taking trips to Disney World or cruises & relaxing at home.

Cara Jahner, MSN, APRN, FNP-C, is a dedicated family nurse practitioner at 180 Health Solutions. She is proud to serve the families of Mandan and Bismarck, North Dakota.

At 180 Health Solutions, Cara strives to provide the highest quality of services to every patient in her care. Due to her own fertility journey, she takes a special interest in clients with fertility struggles and other women’s health issues. Cara also specializes in thyroid health and weight loss.

When not working with clients, she enjoys spending time with family and friends as well as traveling and cooking. She also thoroughly enjoys yoga, reading, and listening to podcasts.

Kristen is a Functional Medicine Certified Health Coach (FMCHC) and holds a Master of Science degree in Occupational Therapy (OT). She takes a holistic approach to healing and is passionate about helping you transform and optimize your health in order to live the life of your dreams.

Kristen attended the University of Mary where she received her Master of Science degree in Occupational Therapy in 2017. As an OT, Kristen is skilled at helping clients build healthy habits/routines into their day to create the behavior change needed for success. She is adept at identifying patients' skills, limiting any potential barriers and maximizing supports, and coming up with creative solutions in order to create long lasting change.

Kristen worked exclusively in the occupational therapy field for several years before becoming a health coach. This career change was prompted by a lifelong passion for health/wellness and her personal discovery of holistic care which transformed her own health. She completed her Health Coach Certification through the Functional Medicine Coaching Academy, a program affiliated with the Institue of Functional Medicine. She loves to spread her knowledge and love for health to her clients in addition to utilizing her OT skills. In her free time, she enjoys traveling, spending time with her husband and dog, Koda, being outdoors, and reading (mainly books on health!). 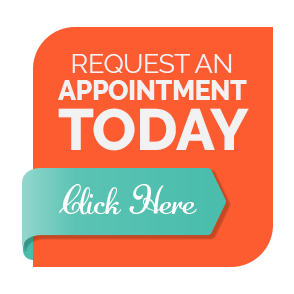 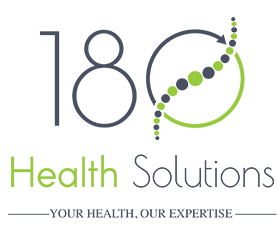