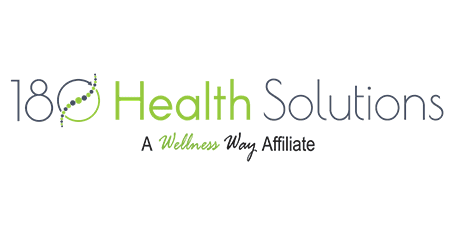 Attention Deficit Hyperactivity Disorder (ADHD) affects as many as 11% of all children between the ages of 7 and 11. Dr. Steve Nagel at 180 Health Solutions in Mandan, North Dakota also serving Bismarck, North Dakota. Believes the best treatment is a drug-free, total wellness approach.

ADHD stands for Attention Deficit Hyperactivity Disorder. According to the CDC, ADHD is the most common neurodevelopmental disorders in childhood. Even though ADHD is often diagnosed in childhood, the symptoms often last into adulthood. Children with ADHD often have trouble with impulse control, paying attention, breaking down large tasks into manageable parts, or hyperactivity.

How do I know if my child has ADHD?

As of 2011, as many as 11% of all children between the ages of 7 and 11 were diagnosed with ADHD. Some of the typical behaviors associated with ADHD are:

While many children exhibit these behaviors at some point in their lives, children with ADHD experience them for longer periods of time and with more severity. Often times these symptoms interfere with their ability to learn at school, interact with their peers, or participate in activities. An ADHD diagnosis can be made by a school psychologist. Several attention-oriented tasks, a parent questionnaire, a teacher questionnaire, and a child questionnaire are administered and scored.

How does chiropractic care treat ADHD?

At its root, ADHD is a neurological problem. While many physicians and psychiatrists use stimulants to treat ADHD, it does not address the neurological needs of the child. Dr. Steve Nagel uses his knowledge of total body wellness to identify vertebrae that are out of alignment thereby contributing to nervous system interference that may be exacerbating a child’s ADHD symptoms. Once these subluxations are corrected, normal nervous system function can resume thereby reducing a child’s symptoms. Once a child’s spine is in proper alignment and the nervous system is functioning, Dr. Nagel will discuss exercises, stretching, and nutrition as ways to extend the effectiveness of a child’s chiropractic treatment. The result is a child free from ADHD symptoms without medication.

180 Family Chiropractic is in network with Blue Cross Blue Shield, Sanford Health, Medicaid and Medicare. If we are out of network with your policy, we will help you to submit to your insurance carrier. We also have plans that make care affordable if you do not have insurance. We accept all auto carriers when treating patients after automobile accidents.

Words from our patients